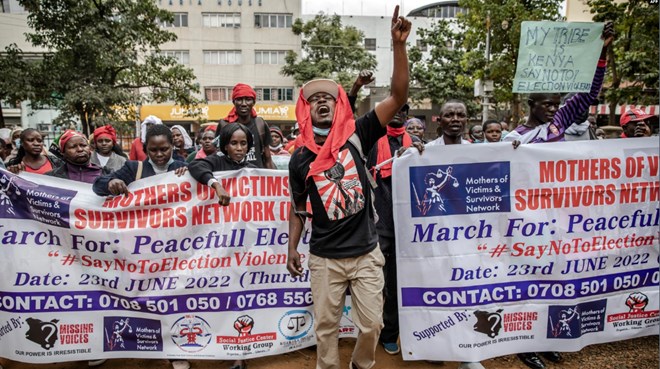 Research has shown how social media has played a destructive role in elections worldwide, enabling parties and individuals to stoke unrest by disseminating hateful speech and misinformation.

Global Witness set out to study whether the biggest social media platform, Facebook, was able to detect hateful and inciteful messages concerning Kenya’s election — and whether Facebook was prepared to deal with the haters and those spreading fear.

In June, Global Witness submitted 10 ads in English and 10 in Swahili that contained hate speech.

The senior adviser of the organization, Jon Lloyd, said the hateful messages were approved.

Lloyd said Global Witness submitted batches of three to four advertisements. The first ads submitted were in Swahili, with the assumption that Facebook would have weaker controls in Swahili than it would in English.

All the Swahili ads were accepted without issue, Lloyd said, often within a few hours. Three English ads were initially rejected for a violation of Facebook’s grammar profanity policy, Lloyd said.

“We were invited to amend the ads and resubmit them,” he said.

Lloyd said they made adjustments to correct the grammar and profanity and the ads were accepted.

In Kenya, Facebook has about 10 million users. As the East African nation prepares to elect a new president on Aug. 9, experts warn there is a real risk of ethnic violence propagated on the platform and the spread of disinformation.

In a statement, Facebook admitted Friday to have missed some hate speech messages because of mistakes by the people and machines the platform relies on.

But Lloyd of Global Witness said it appears Facebook is not capable of dealing with the issues of hate speech that threaten Kenya’s political stability.

Kenya’s National Cohesion and Integration Commission, tasked with addressing and minimizing ethnic tensions, said it has seen less in-person hate speech in this year’s campaign compared to past years.

But Danvas Makori, one of the members of the government-funded commission, said the problem has not gone away.

“Hate speech has migrated from political rallies and platforms to social media platforms,” Makori said. “No longer do we see politicians engaging in hate speech in rallies today. They use their proxies, whether bloggers, to conduct and propagate hate speech mostly online.”

Kenya’s previous elections have been characterized by ethnic tensions and violence, most notably the 2007 polls when post-election violence killed more than 1,100 people.

Global Witness is calling on Facebook to take the Kenyan elections seriously and protect users from speech that could cause a repeat of that violence.