Ronald Araujo’s contract with Barcelona has been extended until 2026. 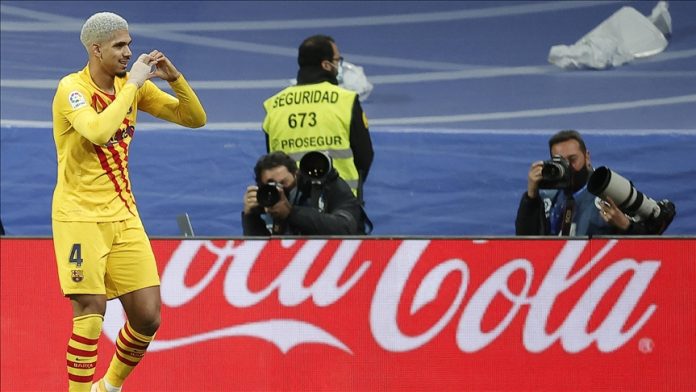 Barcelona stated on Tuesday that Uruguayan defender Ronald Araujo has agreed to extend his contract with the Spanish club until June 30, 2026.

Araujo’s signing ceremony will take place on the field at Camp Nou on Friday, according to a statement from Barcelona.

“His talents in defence and scoring goals ensure he is a player for years to come, as his tally of four goals this season indicates,” it added, adding that the buyout clause was set at €1 billion ($1.06 billion).

The 23-year-old has nine international caps for his country, having previously played for Uruguay’s Rentistas and Boston River.