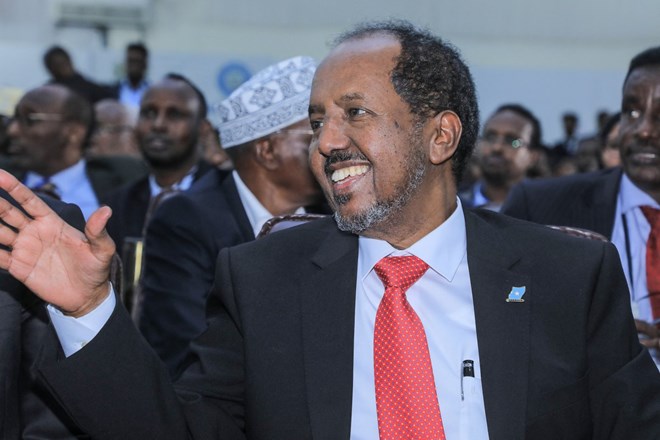 According to Reporters Without Borders, Somalia’s new president, Hassan Sheikh Mohamud, who was elected on Sunday 15 May by 54 senators and 275 lower house members from among 39 candidates, must prioritize the safety of journalists in a country where political violence and corruption have long trumped press freedom (RSF).

The long debate over who will lead this 16-million-strong Horn of Africa country for the next five years ended with the election of a man who previously served as president from 2012 to 2017. It is the first time in Somali history that a president has been re-elected.

During Mohamud’s first tenure, more over 30 journalists were killed, making it particularly harsh and brutal for journalists. His government was to blame for the harsh laws.

RSF calls on the newly elected president to lose no time in decreeing a moratorium on arrests of journalists, freeing detained journalists, and repealing legislation that restricts press freedom, including the 1964 penal code, which hampers the media’s pursuit of truth.

“In one of the world’s most dangerous countries for journalism, where reporters are caught between the hammer of Al-Shabaab, who kill them with complete impunity, and the anvil of the security forces, who detain them arbitrarily without hesitation, the new president will have to take strong measures at once to change this bleak picture,” said Arnaud Froger, the head of RSF’s Africa desk. “After a first term that was very oppressive for journalists, he will have to show the world he is able to move the red lines regarding journalists’ safety and the protection of press freedom.”

Mohamud succeeds Mohamed Abdullahi Farmaajo, whose presidency was marked by some unprecedented measures, including the appointment of a special prosecutor to take charge of investigating murders of journalists, and the conviction of a police officer in absentia for a journalist’s death. But no major press freedom reforms were completed under Farmaajo.
The election of yesterday brought an end to a period of uncertainty during which security forces harassed journalists. Abdiaziz Haybe Ibrahim, who was covering the elections for SBC Somali TV, had his equipment taken during a police raid on his office.

In April, fifteen journalists were detained for several days after covering a jail riot in Hargeisa, the capital of Somaliland, a self-proclaimed breakaway republic in northeastern Somalia. Three people are currently being held unfairly and are scheduled to appear in a Hargeisa court for the third time on Tuesday, May 17.

Somalia continues to be Africa’s most dangerous country for journalists, with a total of 65 violations against media personnel in 2021 alone, according to the National Union of Somali Journalists (NUSOJ). They included the murders of Abdiaziz Mohamud Guled and Jamal Farah Adan. Fifty journalists have been killed in Somalia since 2010.