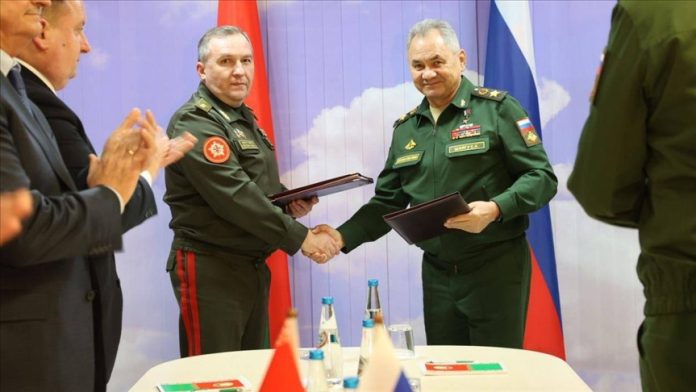 On Saturday, a security pact for the region was signed by Belarus and Russia.

According to the statement, Shoygu lauded Belarus for its “commitment to fight the hostile course of the US and its allies” and its efforts to ensure the security of both Russia and Belarus.

Belarus has been Russia’s main ally during the conflict in Ukraine.

Belarus is an honest business partner. This is especially crucial in light of the West’s unparalleled pressure and covert attack on our nations, he stated.

The defense ministers talked about “current issues of bilateral military and military-technical cooperation,” according to the BelTA news agency, which is run by the government of Belarus.

According to the report, the agreement was a “protocol on amendments to the agreement on joint regional military security” that Belarus and Russia signed in December 1997.