Russia favours doing everything in its power to prevent the spread of nuclear military technologies: Putin 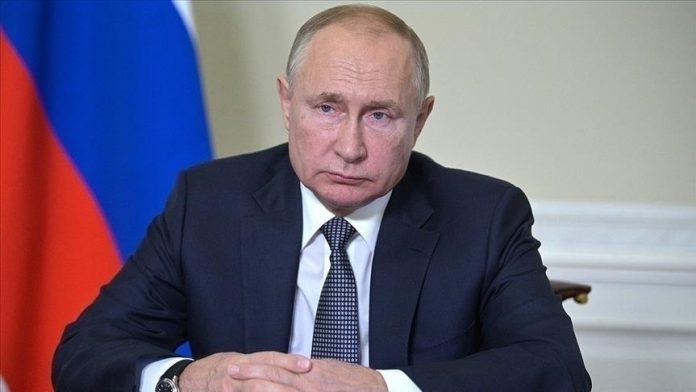 At a meeting in St. Petersburg with Rafael Grossi, director general of the International Atomic Energy Agency, Russian President Vladimir Putin claimed that his country was the first to develop a fast neutron reactor, the first floating nuclear power plants, and that it is currently working on developing shipbuilding and nuclear propulsion systems (IAEA).

According to “our position,” every effort should be made to prevent the spread of military nuclear technologies.

Putin continued by saying that everything related to the investigation and advancement of the nuclear sector is currently being politicised.

Despite all the turmoil and intricate processes happening on the global stage, he said, “We very much hope that thanks to your efforts, we will be able to reduce all the rhetoric on this matter and bring this area of our activity and cooperation to normal.”

Putin then extended an invitation to Grossi to talk about all relevant subjects, including the situation at the nuclear power plant in Zaporizhzhia, Ukraine.

For his part, Grossi stated that Russia has consistently backed the IAEA’s work as well as the fair and peaceful use of nuclear energy by all countries.

“As you are aware, nuclear energy is currently linked to many things, including the energy crisis, global warming, and many other things. The use of nuclear energy is relevant today and in the future “said he.

The importance of Grossi’s conversation with Putin is “determined by today’s issues,” which are “extremely important because there are topics that are directly related to nuclear security,” according to Grossi.

Additionally, he stated that he is working to avert a nuclear disaster at the Zaporizhzhia power plant.