Russia is urged by the EU to reconsider its decision to halt the grain transaction. 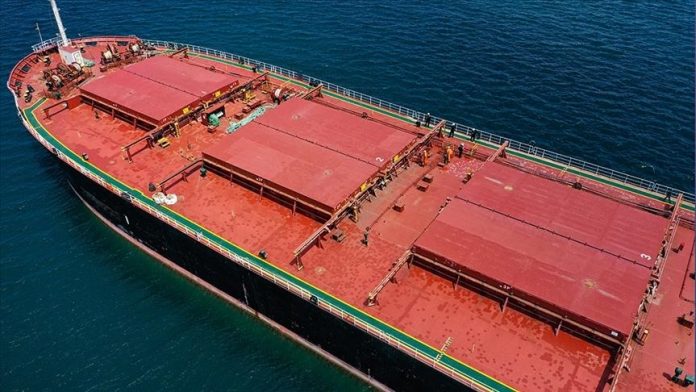 The suspension of the Black Sea grain agreement was denounced by the European Union on Monday, and it was urged to reconsider.

According to the statement, the historic agreement “significantly changed” the world by supplying over 9 million tonnes of grain and food to markets around the world and underdeveloped nations.

It said that Moscow was “weaponizing food and hunger” through its deliberate activities, which included destroying supplies, hindering production, and imposing quota restrictions on its own exports of foodstuffs and fertilisers.

The statement claimed that “the European Union condemns Russia’s suspension of the Black Sea Grain Initiative and asks Russia to change its decision and to quickly resume” its application.

The statement continued, “The EU fully supports the Secretary-General of the United Nations’ proposal for the extension of the initiative beyond its present duration, which expires in November.

A moving plan for 16 warships that are in Turkish seas was agreed upon by Turkey, the UN, and Ukraine on Sunday.

The three delegations representing the maritime components of Russia, Turkey, and Ukraine also agreed for inspections to be performed on 40 departing vessels on Monday, according to the Joint Coordination Centre (JCC), which is based in Istanbul and is in charge of managing shipments under the agreement.

The Russian side was informed of the development, the JCC noted.

Following attacks on its Black Sea Fleet, Russia declared on Saturday that it had halted its involvement in the agreement to transport grain from Ukraine.

On July 22, an agreement was made in Istanbul by Turkey, the UN, Russia, and Ukraine to restore grain exports from three Ukrainian Black Sea ports that had been suspended since the start of the Russia-Ukraine war in February.