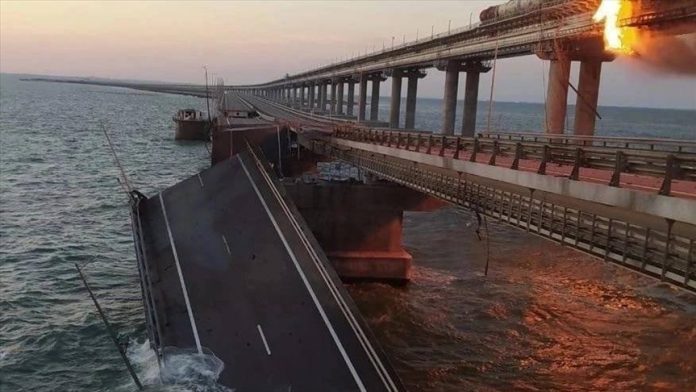 Somali Magazine -According to Russian investigators, the explosion on the Crimean bridge claimed the lives of three people.

The truck driver who struck the Kerch Bridge, setting off a massive explosion, was a resident of Krasnodar Krai, according to the Russian Anti-Terrorism Committee.

The early morning incident stopped bus and train service and caused traffic to be suspended.

The Kerch Bridge, which consists of two parallel bridges, a road, and a railroad, was constructed after Crimea was annexed by Russia in 2014.

The longest bridge in Europe was burning while a road part was collapsing, according to video and photographs that were widely posted on social media.

The bridge was allegedly damaged by “a truck bombing,” according to the Russian commission.

Despite the fact that Ukraine did not formally claim credit for the strike, certain statements made by Ukrainian officials suggested it might have happened.

With Western nations putting crushing economic sanctions on Russia and Moscow retaliating by threatening to shut off gas supplies to Europe, the war has divided the world into two camps.