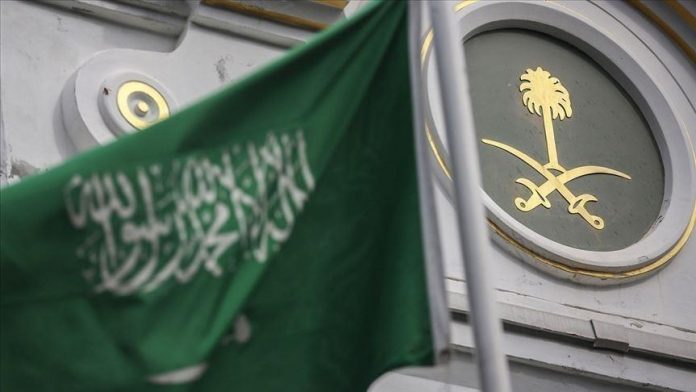 Saudi Arabia condemned the “recurrence of sabotaging attacks against civilians and vital installations” by Houthi rebels in various parts of the country on Saturday.

“In light of the ongoing sabotage attacks against its oil facilities by the Iranian-backed terrorist Houthi militia, the Kingdom of Saudi Arabia affirms that it will not bear any responsibility for any shortage of oil supplies to global markets,” the Foreign Ministry said in a statement.

The ministry said it was important for the international community to recognize “the danger of Iran continuing to provide the terrorist Houthi militias” with ballistic missile technology and unmanned aircraft that target oil and gas production sites in the country, noting that the Houthi strikes were a violation of all international laws and norms.
Yahya Saree, a spokesman for the Houthi military, said earlier that the group carried out missile and unmanned aerial vehicle (UAV) strikes in Saudi Arabia, including the capital, Riyadh.

The Houthis attacked an Aramco oil facility in Saudi Arabia’s Jeddah, according to the Saudi-led coalition in Yemen.

Since 2014, when the Iran-aligned Houthis captured much of the country, including the capital, Sanaa, Yemen has been engulfed in violence and instability.

According to the UN, the conflict has resulted in one of the world’s worst man-made humanitarian crises.