Saudi Arabia has issued Hajj restrictions for pilgrims being transported by plane. 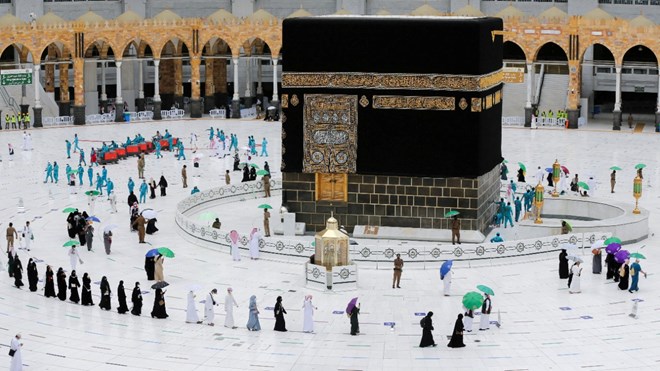 According to the Saudi Press Agency, the Saudi General Authority of Civil Aviation (GACA) has published new restrictions for airlines flying pilgrims during the 2019 Hajj season.

Regarding the health standards that passengers arriving in Saudi Arabia to undertake Hajj must meet, the laws apply to all aircraft operating in the kingdom’s airports, including private airlines.

According to the new restrictions, pilgrim travellers must be under 65 years old, have undergone basic COVID-19 vaccination immunizations, and provide a negative COVID-19 PCR test taken within 72 hours of departure to the kingdom.
Meanwhile, Saudi Arabian Airlines SAUDIA, the country’s flag carrier, announced on Thursday that 14 planes will be allocated to pilgrims, with 268 overseas flights scheduled from and to 15 stations worldwide, as well as 32 domestic flights.

In total, the airline will be responsible for providing around 107,000 international and 12,800 domestic seats during the Hajj Season, it added.

Saudi Arabia announced in April its plan to receive 1 million domestic and foreign pilgrims during the upcoming Hajj season, marking the first time that foreign pilgrims will be allowed to perform Hajj after the previous two seasons, which were restricted to domestic pilgrims due to COVID-19 outbreaks.