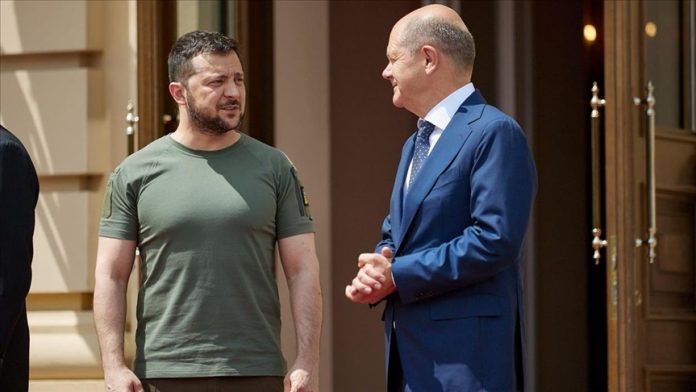 According to a statement from a German government spokesman, Scholz and Zelenskyy spoke on the phone about recent developments and bilateral relations.

Steffen Hebestreit said, “The Chancellor has emphasised that Germany will continue to provide political, financial, and humanitarian assistance, and support Ukraine by providing it with tangible measures to defend its sovereignty and territorial integrity, including arms.

The situation in eastern Ukraine and the referendums held in the Russian-occupied regions of Donetsk, Luhansk, Kherson, and Zaporizhzhia were also topics of discussion between the two leaders.

Hebestreit emphasised that “the Chancellor stressed that Germany will never recognise the results of the sham referenda.” The four regions voted overwhelmingly in favour of joining Russia, according to early results. From September 23 through September 27, there were five days dedicated to the referendums.

He went on to say that Scholz and Zelenskyy would keep in touch and carry on their “close and constructive dialogue.”