Serbia is being targeted with bomb threats, according to the Prime Minister. 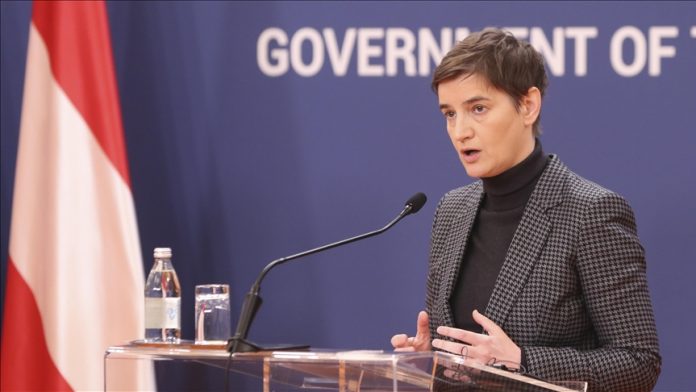 On Tuesday, Serbia’s prime minister claimed that frequent reports of bomb threats around the country are intended to put pressure on Serbia from abroad over Russia’s sanctions.

“We are the only European country that has not implemented sanctions on Russia, and the demands are growing daily. These bomb reports are also putting pressure on Russia from overseas due to the lack of sanctions “Ana Brnabic stated.

According to Brnabic, not placing sanctions on Russia has proven to be “very costly” because investors’ “primary question” is why Serbia has not done so yet.

According to Brnabic, this also hinders the country’s future growth.

Two new bomb alerts were recorded in the shopping malls of the Czech Republic after Brnabic’s words.

“It is clear that this is a hybrid war against Serbia and the goal is to bring instability and unrest to the country and drive away foreign investors,” Vesic noted.

Internal Affairs Minister Aleksandar Vulin earlier said the bomb threats across Serbia are part of a “special war” that aims to prevent the country from pursuing independent policies and force it to take decisions under pressure.

On Monday, education was suspended in Belgrade following reports of bomb threats to primary schools and some high schools.

The Education Ministry confirmed that dozens of schools were evacuated in Belgrade on Monday.

Bomb threats were sent to almost 100 schools, at least one office building, and a communal services company in Belgrade, along with the airport in the southern city of Nis.

Investigations, however, concluded that all reports of bomb threats have been false alarms.

Since the start of the Russia-Ukraine war on Feb. 24, many bomb threats have been reported in Serbia, with the initial ones for Belgrade to Moscow flights, as well as for airports.

Shopping malls and other public buildings have also received bomb threats over the past two months.

Serbian President Aleksandar Vucic has claimed that the foreign intelligence services of Ukraine and an unidentified EU nation are behind the threats.