Several political heavyweights have applied for the role of speaker of the House of Commons. 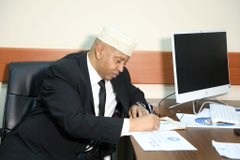 On the second day of the elections for Lower and Upper House speakers, the organizing committees are handing official registration certificates to the candidates vying for leadership positions in both chambers.

Registration for the Speaker of the Upper House will close on Thursday.