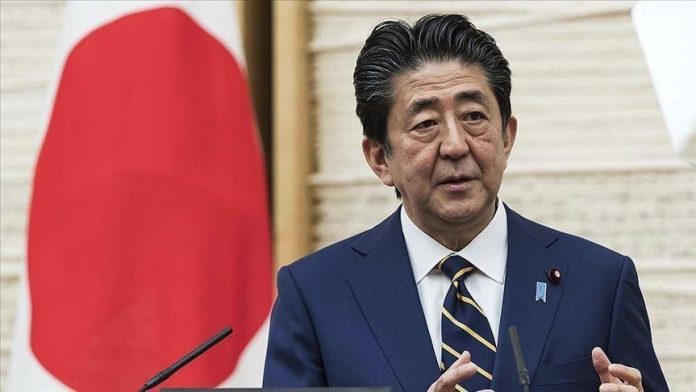 Former Prime Minister Abe, 67, died of gunshot injuries after he was shot during election campaign event

Japan’s towering politician and former Prime Minister Shinzo Abe died on Friday, hours after being shot when he was delivering an election campaign.

Prime Minister Fumio Kishida termed the attack as a “barbaric, malicious incident” which is “totally intolerable.”

Abe was in the western city of Nara to seek support for a candidate of the ruling Liberal Democratic Party (LDP) for weekend senate elections.

At least two shots were heard and Abe fell unconscious on the ground. He was bleeding and the gunshot was fired from behind.

The incident took place shortly after Abe started to speak at around 11:30 a.m. local time (0230GMT).

Assailant, 41-year-old Tetsuya Yamagami, a resident of Nara, has been arrested and charged for attempt to murder. The shotgun used in the attack has been seized.

Abe had stepped down from leadership of the LDP due to acute health issues in the fall of 2020.

“I have decided to step down as prime minister as poor health should not lead to wrong political decisions,” Abe announced at the end of October 2020.

“I will continue (my political work),” added Abe, who had led the LDP as the country’s longest-serving premier, besting the previous record of 2,798 days held by his great uncle, Eisaku Sato (1901-1975).

The motto “politics demands producing results” was the hallmark of Abe.

Abe, Japan’s youngest prime minister when he first took office in 2006 at 52 years, underwent serious health complications at the tail end of his political career.

Scion of a political family, his grandfather, Kishi Nobusuke, served Japan as prime minister between 1957 and 1960.

Almunus of Seikei University from where he graduated in 1977, Abe briefly worked at Kobe steel between 1979 and 1982 before putting on political robes.

He joined his father politician Shintaro Abe as secretary.

Following the death of his father, who served as Japan’s foreign minister, Abe plunged into electoral politics in 1993 and was elected to the House of Representatives – the lower house of Japan’s parliament, locally known as Diet.

However, the first jolt to his political career came when he suddenly resigned due to bad ulcerative colitis illness in 2007. He had been in office for just a year – September 2006 to 2007.

It was the same year that his party faced an embarrassing defeat in Diet.

Abe made a stunning return to power in 2012, first defeating party rival Shigeru Ishiba in September to retake the LDP helm, and then leading the party to an overwhelming majority that December.

It was again a political milestone – the first Japanese former premier to return to office since Shigeru Yoshida in 1948.

Abe’s second stint as chief executive of Japan since 2012 came with a focus on the economy and pledging to pull Japan out of long-term deflation.

His mantra of “politics demands producing results” started showing results as the Bank of Japan’s “aggressive monetary stimulus program pushed down the yen against other major currencies, and drove up the earnings of big companies and share prices.”

He was re-elected in similar landslides in the 2014 and 2017 elections. His administration, however, did fail to meet its target of 2% annual inflation.

“North Korea has much capability in ballistic missiles and Japan will have to improve its security capacity,” he said on Oct. 2020.

He will be known for his hawkish stance on China as he had promised to amend Japan’s pacifist Constitution to allow for a full-fledged military.

“Unfortunately, our neighbor (North Korea) has nuclear ambitions and to ensure the security of our country, we need a strong alliance with the US,” he added.

Abe said Japan – the site of the Hiroshima and Nagasaki bombings 75 years ago – would try to be a bridge between countries with nuclear arms and those without.

His term also saw bilateral relations with South Korea reach a new low over the issue of wartime sexual exploitation.

He was seen a major actor in US’ Indo-Pacific strategy that materialized in the security alliance Quad along with Australia and India.

In touch with Muslims

A businessman from Osaka earlier told Anadolu Agency that the 2011 Fukushima tsunami shaped Abe’s view of Muslims in the country.

“Abe visited many relief camps and rescue operations and what he found is Muslims, especially from Pakistan, were everywhere,” said the businessman, who asked not to be named.

“The Muslim groups had reached tsunami-affected spots long before government and other Japanese groups reached there,” he added.

After Abe returned as premier in 2012, the businessman said: “His administration constructed Muslim prayer spaces alongside highways and in many airports.”

“Abe was in constant touch with the Muslim community,” he added.

The Abe administration also allotted a specific room for Muslims in the country’s Japanese Language Centers for foreign students and professionals.

“In big restaurants, he asked owners to make Halal [Muslim-approved] food available for Muslims; in the past such developments were rare,” the businessman said.

The major activity Abe undertook as premier with any foreign country during the pandemic in May 2020, when he virtually attended, alongside Turkish President Recep Tayyip Erdogan, the opening of the Basaksehir Cam and Sakura City Hospitals in Istanbul.

The two countries have enjoyed good relations under Abe, shown by how in 2019 Turkish Foreign Minister Mevlut Cavusoglu was awarded the Grand Cordon of the Order of the Rising Sun by Japan’s emperor for his efforts to strengthen bilateral relations.