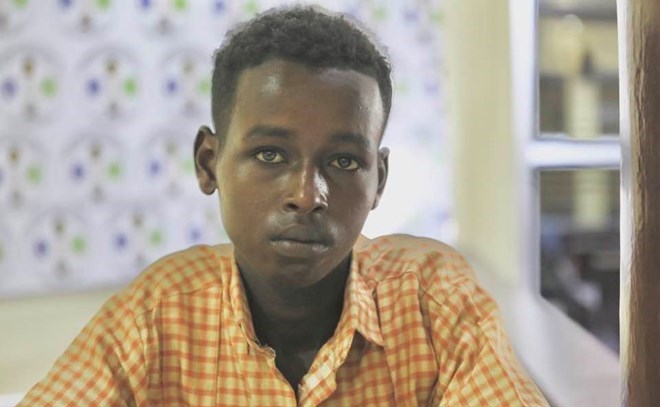 A Somali soldier was found guilty of killing a minibus driver at an unauthorized checkpoint in Middle Shabelle late last month, and a military court sentenced him to death by firing squad on Sunday.

The military court found that it had “strong evidence” to convict Abdirahman Addow Ise Mohamed of shooting and killing Salah Abdulle Ahmed. This evidence included witness testimony, the testimony of many of whom served as impetuses for the rogue soldier’s capture.

Mohamed was apprehended by security forces on Tuesday after being urged to do so by witnesses and other drivers.

The court heard that on November 29, Mohamed and other officers set up an unlawful checkpoint close to the village of Balcad when they ran into Ahmed as his minibus, carrying more than a dozen people, was making its way from the capital of Somalia to the town of Jowhar.

Ahmed says he could only come up with 90,000 Somali shillings when Mohamed requested 100,000. In front of the passengers and other soldiers, Mohamed shot the driver numerous times at point blank range following a “very brief” altercation. The body was left on the side of the road for hours before being taken by locals for an appropriate Islamic burial. He then took the minibus driver’s money.

Following the incident, residents flocked to the unofficial checkpoint, known as “isbaaro,” and asked that police take the officer into custody. Since the central government was overthrown in 1991, military, dubious security agencies, and renegade gunmen have set up unlawful checkpoints throughout Somalia. In the past, soldiers have used their inability to pay their salaries as justification for robbing citizens.

As soon as the CID took over the investigation, Mohamed was charged with murder. It is unknown if he was also accused of setting up an unauthorized checkpoint.

The president of Somalia has threatened to bring charges against soldiers that extort citizens at unauthorized roadblocks, especially in Middle Shabelle, where Al Shabaab insurgents have long controlled the profitable route that connects the Shabelle riverine region to the city.

Witnesses to the murder, as well as the families of Mohamed and Ahmed, heard the verdict.

Before passing judgment, the military court permitted the soldier who had been found guilty one month to file an appeal.