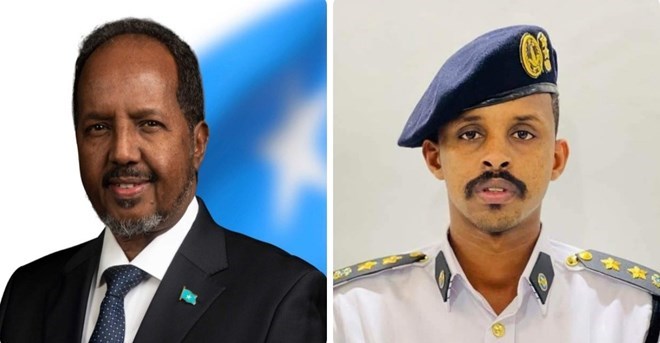 In order to restore the Somali Navy forces and make them capable of protecting the country’s extensive coastlines and controlling its waterways, President Mohamud gave the new Commander instructions.

In Asmara, the Somali President and Eritrean President Isaias Afwerki visited the training centre for recent Air Force graduates. According to the Eritrean military, the trainees underwent intensive training.

As part of the government’s efforts to reform the military and strengthen the nation’s entire security apparatus in light of the ongoing conflict with al Shabab in various parts of the country, security experts predict that the President will replace the commanders of the police, custodial corps, and ministry commanders in the coming days.

Brigadier General Abdihamid Mohamed Dirir, who was appointed by President Farmajo in October 2019 and made headlines in December 2021 when he accused Prime Minister Roble of stealing public land, will be replaced by Muse.