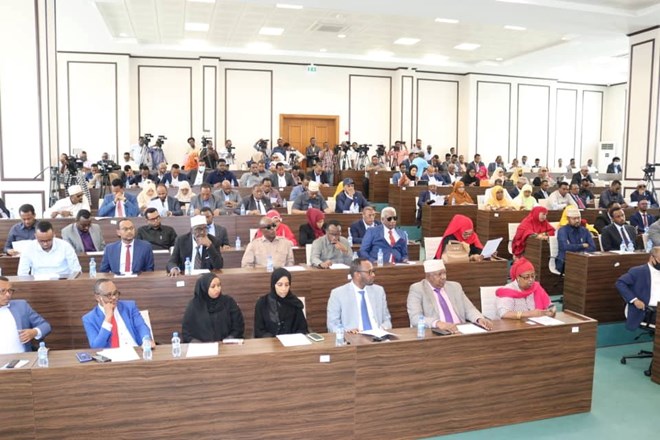 Somalia’s Lower House lawmakers have given Prime Minister Hamse Abdi Barre an additional ten days to finalize consultations on the formation of the cabinet of ministers on Monday.

The Prime Minister submitted a request to the Parliament for an extension of ten days after the one-month period that was supposed to form the government had ended.

“In order to form a… balanced government, I must spend sufficient time in consultations with various politicians of the country and civil society,” he said in a statement.

The first deputy speaker of the People’s Assembly, Saadiya Yasin Samatar, who presided over the meeting, said that 144 MPs approved the Prime Minister’s request while only one MP rejected it.

Barre vowed to establish a government within ten days after Parliament approved the extension.

Somali Parliament unanimously approved the appointment of Hamza Abdi Barre as the country’s new prime minister on June 25 after President Hassan Sheikh Mohamud appointed him as Prime Minister on June 15.