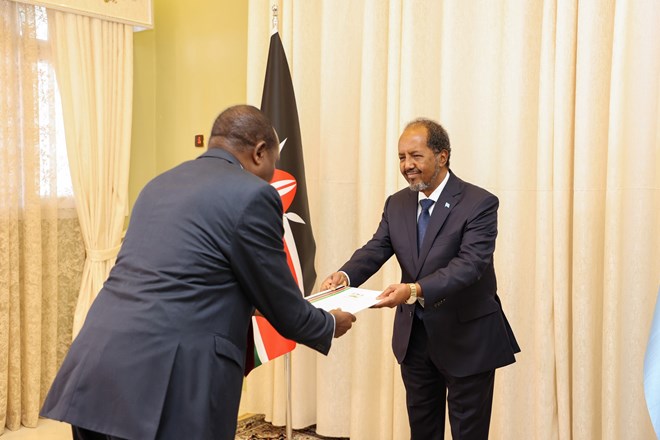 President-elect William Ruto of Kenya sent greetings and a message to the president of Somalia through Ambassador Thomas, who also pledged to work to advance bilateral cooperation between the two nations.

In order to strengthen security, stability, and efforts to combat terrorism, President Hassan Sheikh has emphasised the significance of the Somali government’s efforts to improve diplomatic, political, economic, social, and commercial relations with the nations in the area.

Hassan Mohamud, the president of Somalia, is anticipated to travel to Kenya the following week to take part in William Ruto’s inauguration ceremony, which will take place in Nairobi.