The Somali President seeks the support of MPs to back his cabinet. 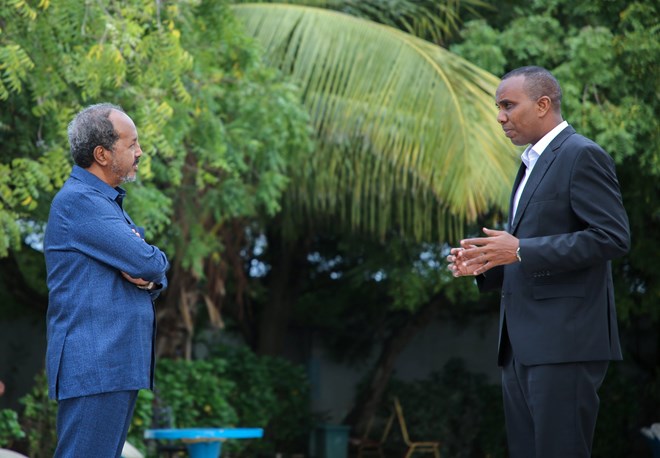 Somali President Hassan Sheikh Mohamud has been reportedly holding closed-door meetings with the Members of the Lower House of the Parliament since his return from his trips abroad. Sources say President Mohamud is seeking to convince lawmakers to support the Council of Ministers that will be nominated in four days.

The MPs are apparently opposed to including many non-parliamentary members in the incoming Cabinet. Lawmakers from Puntland and Northern regions are said to be the most vocal in their opposition, arguing that previous governments have included many MPs as federal ministers.

According to sources close to Villa Somalia, President Mohamud and Prime Minister Hamza Abdi Barre met on Saturday to discuss the agitation felt by some of the MPs. They added that the private meetings with lawmakers are to deter the likelihood of the Cabinet losing the vote of confidence in the parliament.