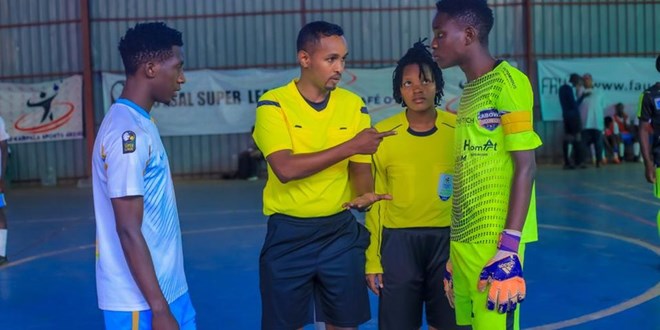 This is a proud time. On Saturday, Mohamed took charge of his first futsal league game in Old Kampala. George Katongole/PHOTOS

Abukar Ali Mohamed arrived in Uganda 14 years ago from Somalia’s civil war. Mohamed loved football and was regarded as one of the greatest Somali players in the Kisenyi community, but he lacked the confidence to tell others what they should do.

But now, as a referee, he’s fully immersed in futsal and isn’t hesitant to make major calls as he strives for success in the five-a-side indoor form of football.

Mohamed moved to Uganda in 2008 from Mogadishu, Somalia’s capital, where he completed his secondary education.
According to the Office of the Prime Minister (OPM), the number of people who died in car accidents increased from 2008 to 2017.