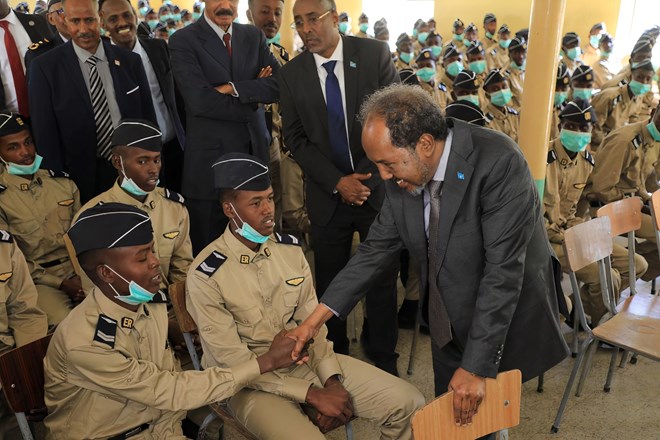 Days after President Mohamud announced that the soldiers would start returning home, the first wave of recruits with Eritrean training arrived at Mogadishu’s Aden Adde International Airport on Wednesday.

It’s still unclear how many recruits returned home on Wednesday.

The government is anticipated to issue a statement soon.

Former President Farmajo officially acknowledged for the first time after his election defeat in May that his government had sent 5,000 cadets to train in Eritrea.

When President Mohamud met with the Somali recruits in Asmara in July, he assured them that they would soon be returned to Somalia. In the fight against Al Shabaab, according to Mohamud, the soldiers would put their newfound abilities to the test.

In Tigray, according to a UN report from the previous year, Somali soldiers fought alongside Eritrean soldiers, but the Somali government claimed that its troops had participated in actual battle.

According to President Mohamud, activities to repatriate the ensuing classes of recruits will last until January 2023.