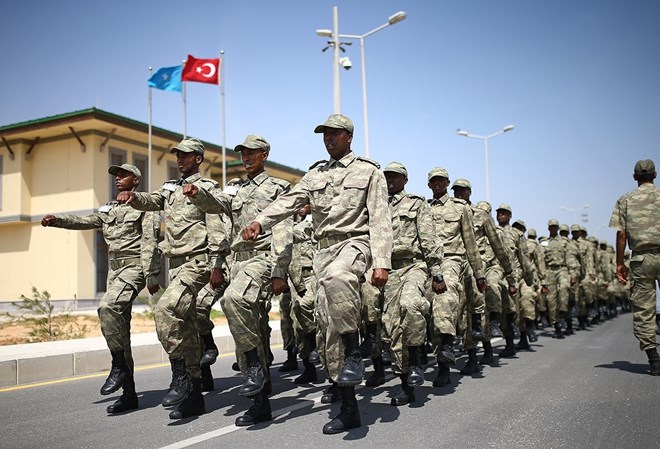 Turkish military instructors are expanding their curriculum to include a mandatory language course.

According to Turkish state media, before enrolling in officer and non-commissioned officer cadet courses, Somali soldiers undergoing training at the Commando Training Centre in Isparta, Turkey, and Camp TurkSom, a Turkish military base and defence university in Mogadishu, will now need to complete a 6-month intensive Turkish language course.

The majority of the training manuals and reading materials are generated in Turkish, according to security analysts, and the Turkish Task Force Command in Somalia (STGK) instructors in Somalia only have a basic command of both Somali and English.

Officers then receive two years of instruction, compared to one year for NCOs, after that. In addition to traditional combat training in combat formations and marksmanship, the trainees will study physics, chemistry, math, computer science, military history, military geography, operations management, and intelligence.

Between 2009 and 2015, Somalia and Turkey signed numerous defence agreements with a focus on defence and military training.

According to Turkish sources, Turkey has trained up to 5,000 Somali soldiers and officers at various points, including five infantry battalions of the Gorgor (Eagle) brigade. Up to 1500 trainees can be trained concurrently at CAMP TurkSom.

According to estimates from defence professionals, Turkey trained around one-third of Somalia’s military.