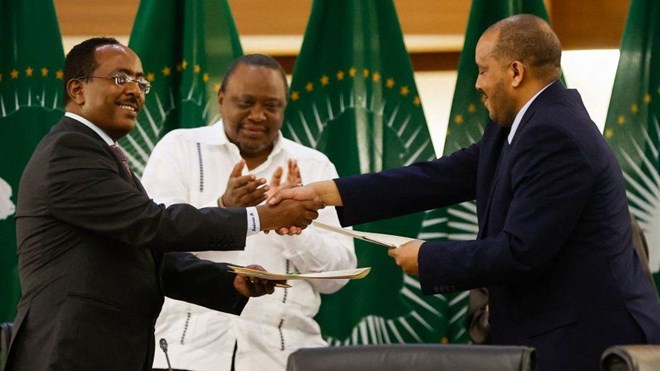 The Somali administration applauded the agreement made by the Ethiopian government and the Tigray People’s Liberation Front to stop a two-year war that is thought to have killed hundreds of thousands of people.

The Federal Republic of Somalia praised the African Union for its crucial support for peace talks in a statement issued by the Somali Ministry of Foreign Affairs on Friday.

The government thanked the Republic of South Africa on hosting the peace talks, as well as the Republic of Kenya on its constructive involvement in the accord, which will increase stability in Ethiopia and the region.

Somalia hoped that the “African Problem-African Solution” agreement would pave the way for a comprehensive Ethiopian-Ethiopian reconciliation that would end violence, internal strife, and secessionist aspirations, while also promoting prosperity and economic growth in Ethiopia, the region, and beyond.

The Somali government has vowed to support this deal in order for it to become a long-term solution and a lesson to be learned.

The fight, which began in November 2020, has matched regional forces from Tigray against Ethiopia’s federal army and its supporters, which include troops from other regions as well as Eritrea.