Somalia declares intentions to establish a diplomatic mission in Morocco 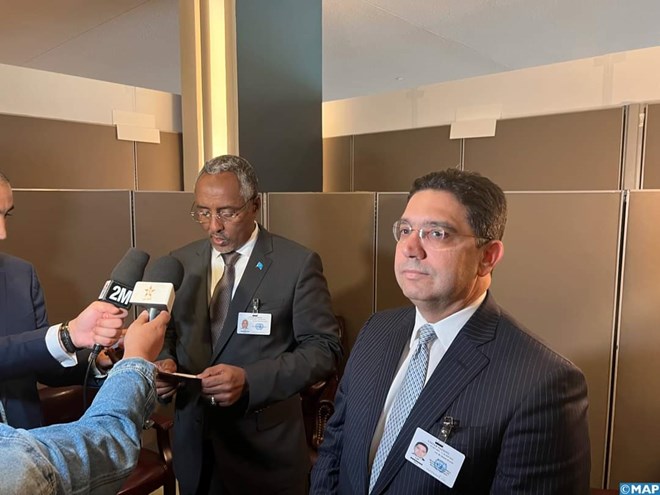 The Somali government revealed its plans to establish diplomatic missions in Morocco in New York.

Abshir Omar Jama Huruse, the minister of foreign affairs for Somalia, announced that his country would establish embassy representation in Rabat and a consulate general in Dakhla.

The declaration followed a meeting between the minister and Nasser Bourita, his Moroccan counterpart, outside of the UN General Assembly.
At a gathering in Dakhla, a town in the disputed territory of Western Sahara, Bourita last had a meeting with Somali representatives in April.

The meeting was attended by Omar Hiraale, ambassador and permanent representative of the Moroccan government to the UN.

Huruse announced that a formal cooperation agreement between the two nations would be signed, opening the door for the new diplomatic mission.

Three Memorandums of Understanding were signed in 2019 between the two nations regarding the establishment of a political consultation centre, cooperation in the training of diplomats, and the creation of the Morocco-Somalia High Joint Committee, which will be co-chaired by the respective foreign ministers.