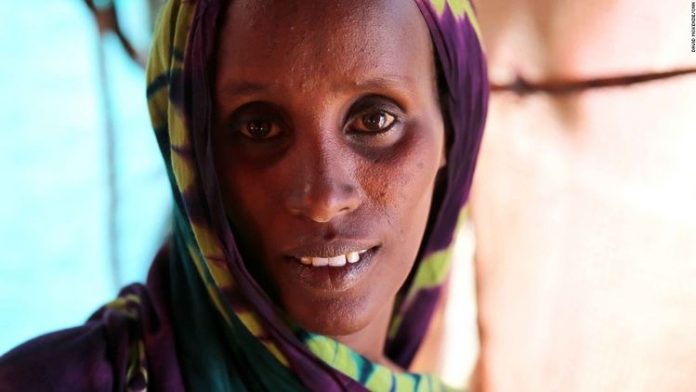 Thousands of people across Somalia are in danger of starving to death, according to officials and aid organizations there.
According to the UN, famine could be declared in the nation within weeks, affecting more than 850,000 people in two of the most drought-affected regions as well as thousands in displaced persons’ camps.
In 2011, when a quarter of a million people died, Somalia also saw the last significant global declaration of famine.
Children under the age of five accounted for half of the fatalities.
Additionally, the UN estimates that half a million children are in danger of dying this time.
The group called the statistic “a potential nightmare we have not seen this century,” according to the organization.

It also encouraged worldwide aid and attention to lessen the suffering, stating that by the time famine is proclaimed, “it’s already too late.”
The worst drought to hit Somalia in decades has forced a lot of people out of their homes and into camps.
Because of the presence of one of the most lethal al-Qaida-affiliated Islamic extremist groups in the world, it is difficult to get aid to those who need it most.
A significant factor in the killings in 2011 was Al-control Shabab’s over major portions of Somalia.
A spokesman said last week that it has provided food, water, and medical care to people, but some who have fled the region have said they were subjected to punitive taxes on their cattle and crops even as they dried up.

The majority of women and children living in camps for displaced people have reported receiving little to no aid in the past month, leaving them with little alternative but to subsist on daily servings of plain rice or black tea.
Acute malnutrition affects over two thirds of small children and expectant mothers in the camps.
Many locals wander for days along deserted roads or beg from their neighbors for assistance.
While conducting these searches, some of the moms claimed they learned their unborn child had passed away.
“I witnessed my daughter [three-year-old Farhir] die before me and I could do nothing,” said Fatuma Omar.
She had been inside of me for ten days.

She had been inside of me for ten days. She was left on the side of the road by necessity. We lacked the power to bury her.
We could hear hyenas approaching.