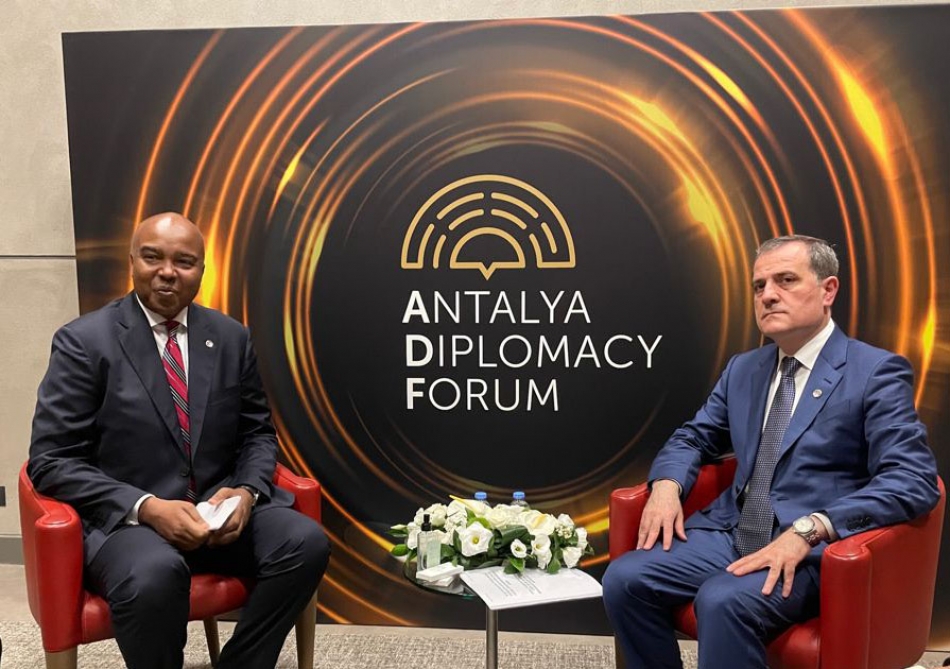 Somali Foreign Minister and International Cooperation Mohamed Abdirizak has met with Azerbaijani Minister of Foreign Affairs Jeyhun Bayramov on the sidelines of the Antalya Diplomacy Forum.

Minister Jeyhun Bayramov informed Mohamed Abdirizak of the situation in the region after the 44-day Patriotic war. In this regard, the minister touched upon the visit of the non-resident Ambassador of the Federal Republic of Somalia to Azerbaijan Jama Abdullahi Mohamed to the liberated Aghdam region on June 13 during his visit to Azerbaijan. He noted that the Somali ambassador personally witnessed the scale of the destruction committed by Armenia.

The FMs discussed issues of cooperation within international organizations, as well as stressed the importance of high-level visits between the two countries. During the meeting, the sides also exchanged views on other issues of mutual interest.