Somalia is experiencing pockets of famine due to rising food costs and drought, according to the United Nations. 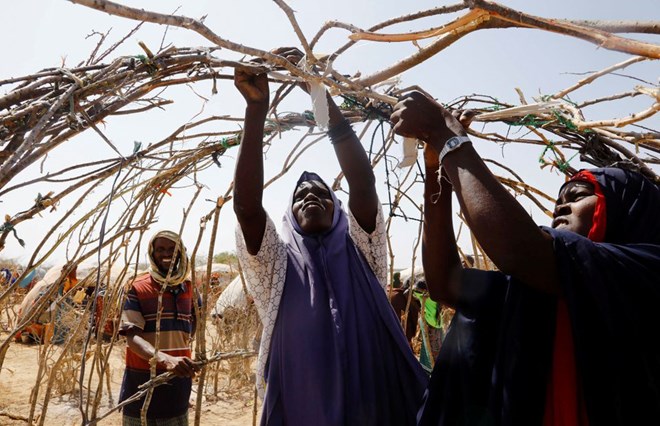 United Nations agencies warned on Tuesday that up to 81,000 people in Somalia are risking hunger as drought continues, humanitarian funding dwindles, and global food prices rise, owing in part to the Russia-Ukraine conflict.

As the Russia-Ukraine conflict roiled markets for key cereals and edible oils, global food prices hit new highs in March. Prior to the war, prices had already reached 10-year highs due to worldwide harvest concerns. find out more

After three consecutive rainy seasons failed, the Horn of Africa region is now experiencing the driest conditions in more than four decades, with weather trends indicating that rains are likely to fail again this year. find out more

Famine might erupt in Somalia in the next three months, according to the United Nations’ food, humanitarian, and children’s organizations, if humanitarian funding does not increase, food prices continue to rise owing to the Ukraine crisis, and the rainy season fails once more.

Wheat and fertilizers from Ukraine and Russia are extremely important to countries in the Balkans, Africa, and the Middle East. After a decline in supplies since the war began, they are facing price hikes and possibly shortages. find out more

Famine is only proclaimed by United Nations agencies when 20% of a population is affected. So far, the agencies have identified six different districts in Somalia where hunger is affecting 5-10% of the population, or 81,000 people.
Furthermore, they claim that six million Somalis, or nearly 40% of the population, are now suffering from severe food insecurity, a nearly two-fold rise since the start of the year.

The UN’s $1.5 billion Humanitarian Response Plan for 2022 is just 4.4 percent financed so far, according to the organizations, and Somalia is competing for cash with other global disaster hotspots.

If the financial shortfall is not resolved quickly, the country threatens widespread hunger, according to the agencies.

“Despite the fact that this is a year of extraordinary humanitarian needs and hunger, I beg the international community not to abandon Somalia. Millions of people’s lives are on the line “El-Khidir Daloum, the World Food Programme’s Somalia representative, remarked

n 2011, famine conditions are estimated to have killed a quarter of a million people in Somalia.