Somalia leaders honour the deceased Commissioner of Police in Mogadishu 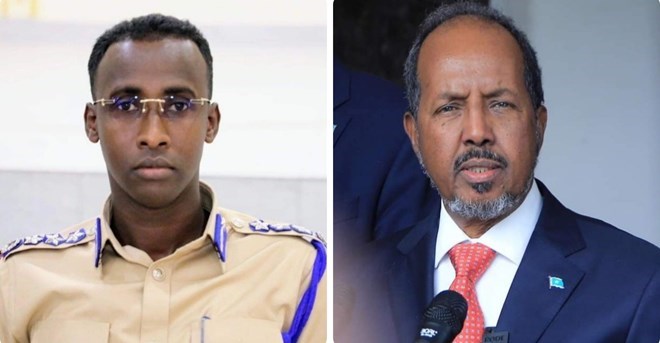 Farhan Mohamoud Adan, aka “Qarole,” the commissioner of Mogadishu’s police, was killed in a landmine explosion in the Middle Shabelle region. The president of Somalia, Hassan Sheikh Mohamud, the prime minister, Hamza Abdi Barre, and the former president, Mohamed Abdullahi Farmajo have all expressed their condolences.

On Friday morning, 35 kilometres north of Mogadishu, an explosion killed the commander, his two bodyguards, and the police correspondent for Somali state media.

Brigadier General Farhan Mohamud Adan and the soldiers who died, according to President Mohamud and Prime Minister Hamza, were dedicated to freeing the nation from al Shabab to provide their people with a dignified life.

According to President Hassan Sheikh, “Brigadier General Farhan Mohamud Adan and other martyred soldiers have sacrificed their time and lives to help the Somali people live in peace and they have put in a lot of effort to eradicate the terrorists.”

Prime Minister Hamza continued, “We are never disappointed that we lost a legend and two who were willing to die for their country, but we take courage and are on the right path.
Mohamed Abdullahi Farmaajo, a former president of Somalia, also expressed his sorrow over the deaths of the commander and his bodyguards.

“I recently learned of the tragic death of our son, General Farhan Qarole, who bravely fought on the front lines against the Alshabaab. He gave his life in order to save many others, so I’m asking my fellow citizens to pray for him and his family during this difficult time “said he.

Sources claim that before fleeing the Basra area, a crucial area that connects the Lower and Middle Shabelle, the militant group planted a roadside bomb that Qarole’s convoy hit.

As the police chief of Banadir, Qarole had previously survived at least two assassination attempts, including one that left nine people dead in July 2021 and another that left eight dead just days before the presidential election in May.