Somalia, Libya, and SEN-return SAD’s to Tripoli are discussed along with immigration difficulties 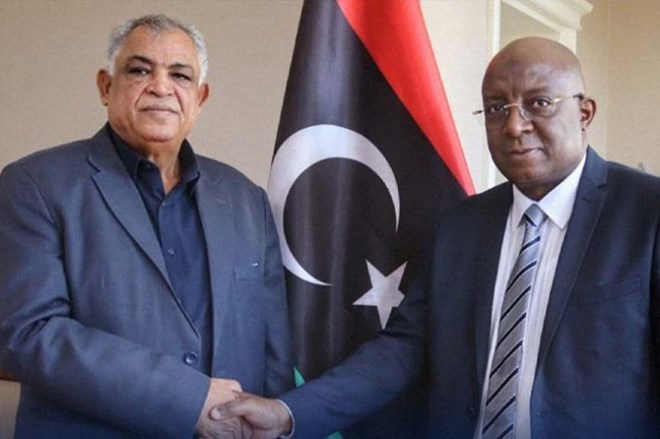 The return of the General Secretariat of the Community of Sahel-Saharan States (SEN-SAD) to Tripoli and the repatriation of Somali immigrants from Libya were topics of conversation between Somalia and the Government of National Unity (GNU).

The topic came up during a meeting in Tripoli between the Somali Minister of Information, Culture, and Tourism, Dawood Auweys, and the Deputy GNU Prime Hussein Al-Gotrani.

The Libyan and Somali officials discussed “bilateral relations” and the imperative mechanisms to help the Libyan authorities streamline the processes for deporting illegal immigrants to their countries of origin, according to a GNU statement.

According to the statement, Al-Gotrani and Auweys discussed the preparations and steps required for the General Secretariat of the Community of Sahel-Saharan States (SEN-SAD) to relocate its offices back to Tripoli.