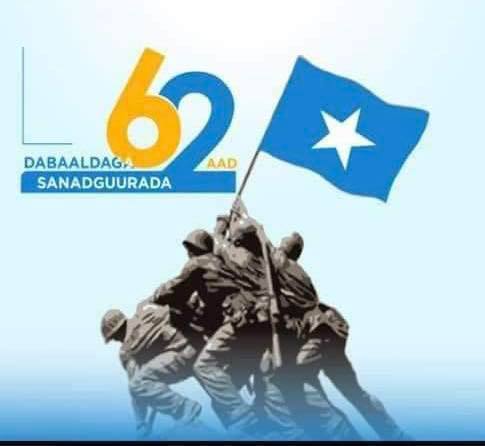 Mogadishu (SOMALI MAGAZINE) Somalia on Sunday marked the 61st Anniversary of the Independence Day in the country and overseas with a new government in place.

President Hassan Sh. Mohamud congratulated the Somali people, wherever they are, on the 62nd anniversary of Independence day of June 26,2020, urging them to be united to stand for the country facing impacts of the droughts and difficult livelihoods.

The President did not appear at public event to mark the Independence Day because of the quarantine for the Covid-19 pandemic as he was tested positive two days ago.