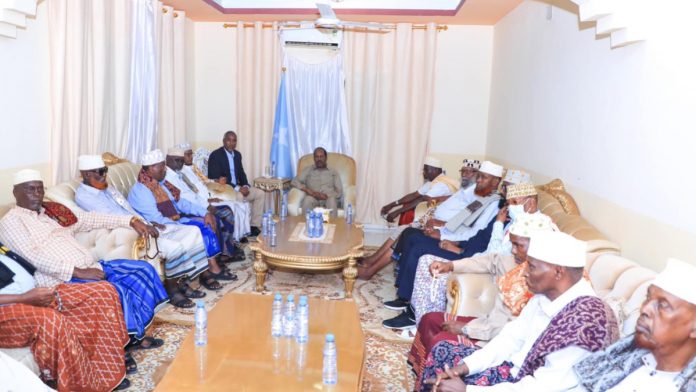 The President listened to Puntland leaders for their counsel and development role in strengthening the Somali government and people’s unity.

Abshir Omar Huruse, the Federal Government of Somalia’s Minister of Foreign Affairs and International Cooperation, joined the President to his meeting with Puntland’s elders and intellectuals.

President Hassan Sheikh, who was in Puntland for the first time since his election, met with Puntland’s President for many days.

The Puntland presidency and Villa Somalia have yet to issue an official comment on the outcome of the discussions between President Hassan and Puntland leader Saed Abdullahi Deni.