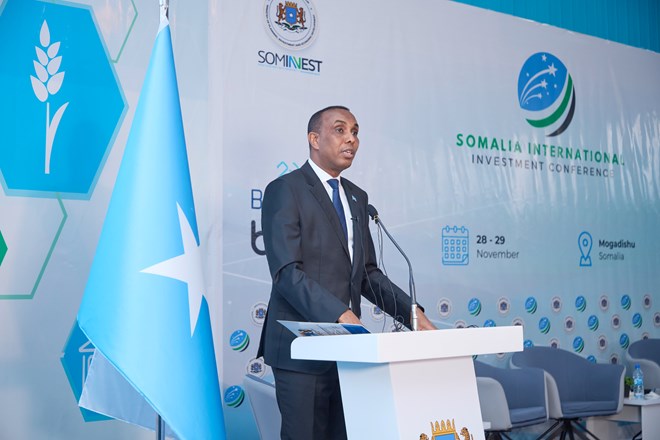 In order to attract investment and make it easier to conduct business in Somalia, the prime minister stated that Somalia is committed to reforming its economic and security laws. He also noted that a foreign investment law had already been passed, which ensures fair business competition.

The Ministry of Planning, Investment, and Economic Development put together the country’s first-ever investment conference. According to the organizers, if some of the investment suggestions were put into action, it would be crucial to fulfilling Somalia’s ambitious development objectives.

President Hassan Sheikh Mohamud stated that Somalia is blessed with natural riches and a talented business community at the summit’s ceremonial opening. The President declared that his government was attempting to increase Somalia’s appeal as a place to invest.

President Mohamud stated that the administration’s goals are to eradicate terrorism, establish laws and a system of government, construct economic infrastructure, and engage in international markets and trade organizations.

With US-based Coastline Exploration, Somalia signed a resource production sharing agreement earlier this year that applies to offshore, deep-water blocks of its coastline.

The deal was the government of Somalia’s first significant investment agreement since the collapse of the country’s central government in 1991.