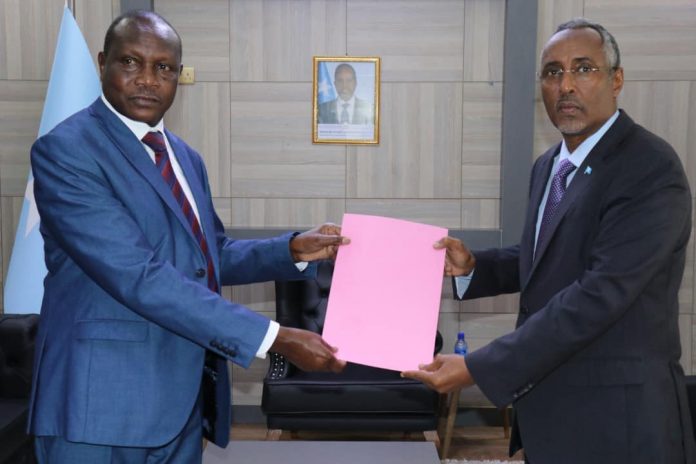 Abshir Omar Jama, the minister of foreign affairs and international cooperation, today received a copy of the credentials of Amb. Maj. Gen. Thomas Chepkuto, the ambassador of the Republic of Kenya to the Federal Republic of Somalia, in his office at the ministry.

The Minister of Foreign Affairs acknowledged the newly appointed Kenyan ambassador, wished him luck in his responsibilities, and hinted at the significance of strengthening joint cooperation between the two close neighbours and moving them toward wider horizons for the benefit of shared interests.

As the newly elected president of Kenya, H.E. William Ruto, received his greetings and blessings through the ambassador, he also sent those sentiments.

Ambassador Thomas Chepkuto expressed his pleasure at meeting the minister of foreign affairs and emphasised that his nation is proud of its ties with Somalia and is eager to strengthen them in order to accomplish the goals of the two friendly nations and peoples.