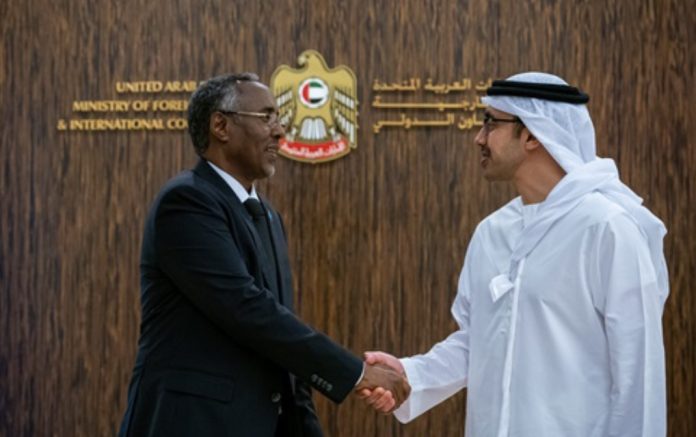 The parties engaged in discussion on how to strengthen ties between their nations at the meeting, which took place in Abu Dhabi.

They also exchanged views a number of regional and international issues of common concern.

Sheikh Abdullah welcomed Jama’s visit and emphasized the close ties between the UAE and Somalia, as well as their desire to increase cooperation, advance their shared interests, and support initiatives to advance peace, stability, and development in Somalia. He also welcomed Jama’s visit.

The UAE’s sustained support of Somalia and its people was acknowledged and appreciated by the Somalian Minister of Foreign Affairs and International Cooperation, who also wished the UAE continued success and prosperity.

In addition, he praised the UAE’s position as a leader in the region and around the world and stated that his nation is eager to increase its collaboration with the UAE in all areas.