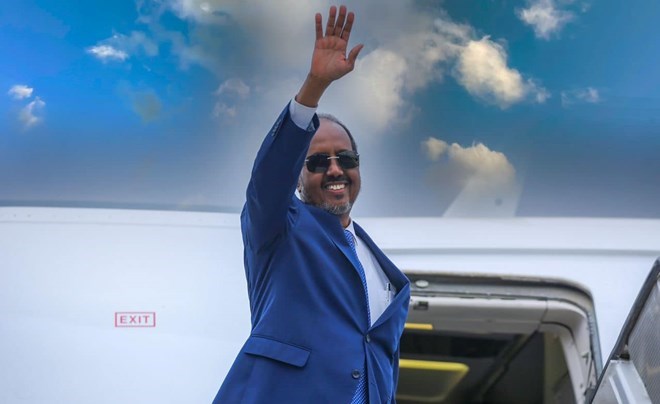 Somali Prime Minister, Hamse Abdi Barre, is expected to make his first domestic trip to Beledweyne, the capital of the Hiiraan region, on Thursday to observe the drought situation and security operations against Al-Shabaab in the area.

Minister of Defense of Somalia Abukhadir Mohamed Nor, army chief Brigadier General Odowaa Yusuf Rageh and lawmakers have been in the Hiiraan region for the last week to encourage government forces and anti-al Shabaab militia who are jointly conducting operations against the militant insurgency.

Residents said that security authorities had increased security in Beledweyne town in order to prevent the insecurity act.

To respond to the drought, the Somali government despatched four planes carrying food aid to the Beledweyne and Bulaburte districts of the Hiiraan area on Tuesday. Bula Burte is one of the districts worst hit by Somalia’s current severe drought. Furthermore, the district has been under Al-Shabaab siege for about ten years.

Simultaneously, a group led by Somali President Hassan Sheikh Mohamud will arrive in Garowe, Puntland state’s capital, on Thursday for a three-day visit.

The purpose of the President’s visit is to enhance collaboration between the Federal Government of Somalia and Puntland state, which is claimed to have deteriorated significantly since the President announced his Prime Minister and the formation of the Cabinet Council.

According to sources, Mohamud and Deni will meet behind closed doors in Garowe before the delegation travels to Bosasso town, where 16 soldiers were killed last month when two rival security forces clashed near the airport over receiving a humanitarian plane carrying Somali Lower House Parliament First Deputy Speaker Sadia Yasin Samatar.