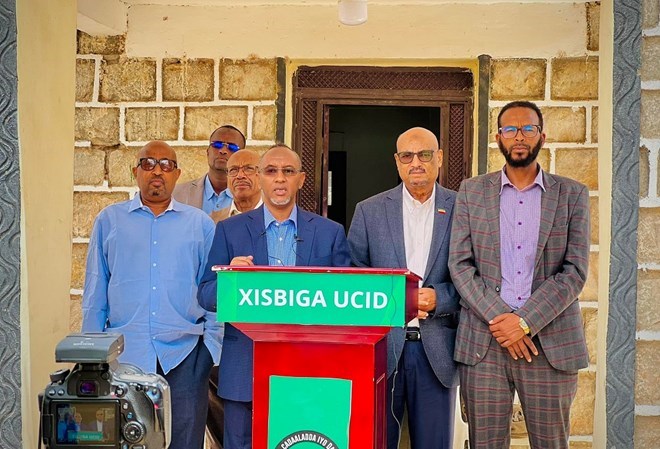 The talks between the parties and the administration to settle the election issue have broken down, according to the opposition parties in Somaliland.
President Musse Bihi Abdi, according to UCID chairman Faisal Ali Warabe and Waddani chairman Hirsi Ali Haji Hassan, completely withdrew from the ongoing negotiations and ignored the elders who were serving as mediators between the opposition and the government, according to a press conference held in Hargeisa on Tuesday.
“Unfortunately, the elders had no responses from the President when we asked them how things were going and what type of results they had for us.
He revoked the prior confidence he had placed in the mediators “Hirsi claims this.

After dissolving the mediation group, Hirsi Ali Haji said, “The President’s decision shows that he has lost all confidence in anyone as an unbiased mediator.”

President Bihi reportedly withdrew his faith in the heads of the House of Representatives and Senate after selecting Abdirisaaq Khalif Ahmed and Saleeban Mohamud Adan to serve as mediators, according to UCID chairman Faisal Ali Warabe.

The opposition party claimed that the talks had broken down, but the Somaliland administration and the two chairman mediating the dispute had not yet commented.