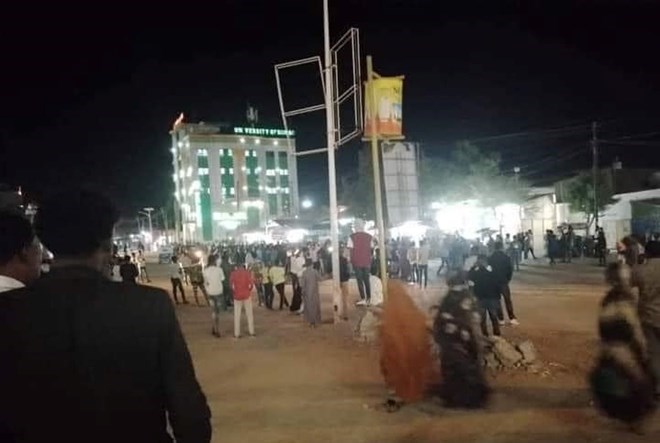 After Muse Bihi’s constitutional term as president ended on Sunday, opposition leaders said they would no longer recognise his presidency. A few hours later, there was a protest in Burao town.

In a four-point statement, the leaders of Waddani and UCID call on the international community and investors to avoid doing business with the “illegitimate” government of Somaliland.

However, contrary to what was anticipated, opposition leaders urged people to keep the calm and seek a peaceful solution to the problem through conversation Friday night instead of announcing a protest.

Following the news conference by the opposition, Somaliland police chief Major General Mohamed Adan Saqadi swore to maintain security and threatened to deal with anyone who violated it.

On August 12, skirmishes in Somaliland between opposition protestors and security forces resulted in five fatalities and 100 injuries. The protesters were calling for the holding of presidential elections in November at the time.

At least three major cities — Hargeisa, Erigavo, and Burao — saw the participation of supporters of the Wadani and UCID opposition parties, who blocked roads, burned tyres on fire, and stoned vehicles and establishments.

Although Somaliland split apart from Somalia in 1991, its independence has not been widely acknowledged internationally. Despite Somalia’s three decades of civil strife, the area has remained largely quiet.