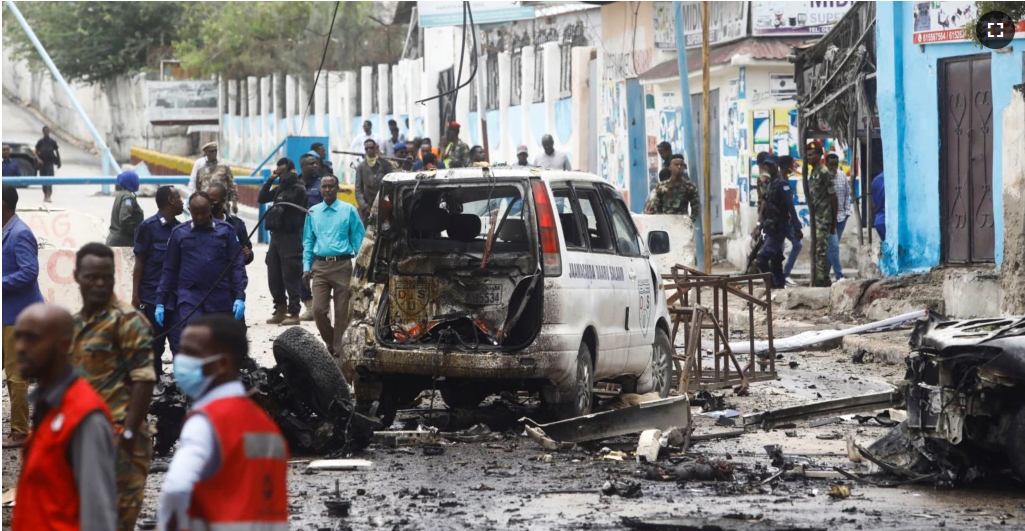 A suicide car bomb killed at least seven people in the Somali capital on Saturday at a street junction near the president’s residence, an official said.

It was not immediately clear who was responsible for the attack, but al Shabab, which wants to overthrow the government and impose its interpretation of Islamic law, frequently carries out such bombings.

A Reuters witness at the scene of the blast reported seeing seven cars and three rickshaws destroyed by the blast, and the whole junction covered in blood.

The driver of the vehicle detonated the explosives when police stopped him at a checkpoint, witnesses said. The explosion was less than a kilometer away from the Villa Somalia palace.

“They normally stop to check and clear vehicles before they can pass by the checkpoint. This car was stopped by the security guards and it went off while there were several other cars and people passing by the nearby road. I saw wounded and dead people being carried,” witness Mohamed Hassan told news agency AFP.