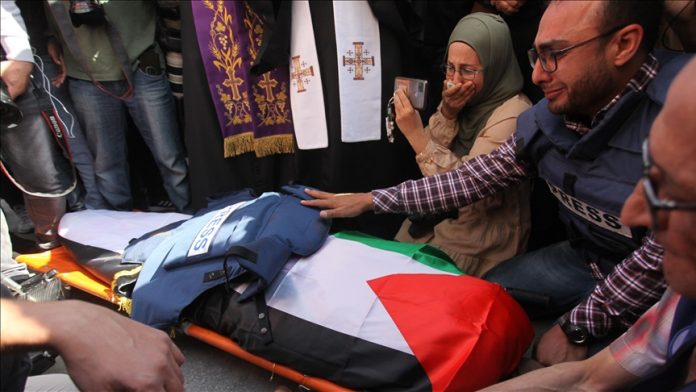 The International Federation of Journalists (IFJ) denounced the shooting of a senior Al Jazeera journalist in the occupied West Bank while documenting an Israeli military incursion.

Shireen Abu Akleh, 51, was killed while reporting on an Israeli operation in Jenin early Wednesday. According to the Palestinian Health Ministry, another journalist, Ali Al-Samoudi, was shot in the back.

“While the complete circumstances of this awful murder are still emerging, testimonies from journalists who were with her at the time of her murder point to this being another planned and systematic targeting of a journalist,” the International Federation of Journalists (IFJ) tweeted.

“We want to file a complaint with the International Criminal Court in this case.”

It termed the killing as a “heinous crime, which intends to only prevent the media from conducting their duty.”

Abu Akleh was born in Jerusalem, in 1971, and earned a BA in journalism and media from Yarmouk University in Jordan.