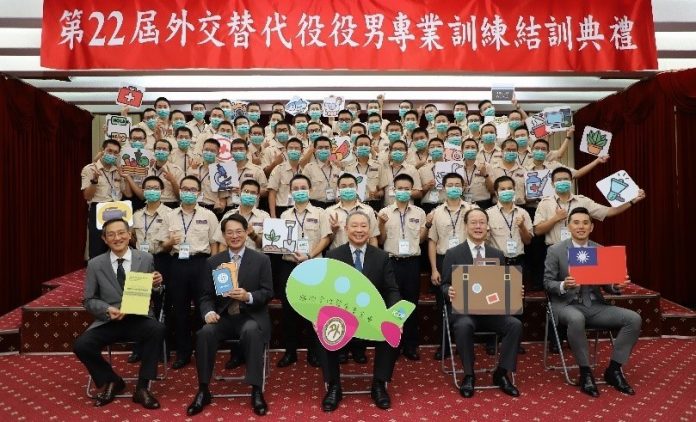 The Taiwan International Cooperation and Development Fund (ICDF) held a graduation ceremony for 65 alternate service members who would be deployed for the first time to Somaliland along with six other countries for ten months to carry out technical work in foreign aid.

Three information specialists will work with Somaliland’s government agencies and healthcare facilities to increase the effectiveness of information sharing, and two public health and nursing specialists will support the development of the country’s maternity and newborn healthcare system. According to a Taiwan ICDF press release, a marketing expert will also help farmers set up a fruit and vegetable production and sales chain.

Alexander Tah-ray Yui, vice minister of foreign affairs, urged service members to never forget that they represent Taiwan’s humanitarian mission abroad. He added that it is both a duty and an honour, and that it is important to acknowledge and respect the diverse cultures and traditions of the host nation.

The 65 recruits took part in a basic course followed by four weeks of training. The Marshall Islands in the Pacific, Saint Lucia in the Caribbean, and Paraguay in South America are among the places that have been assigned, according to Y.C. Tsai (), director general of the Department of International Cooperation and Economic Affairs of the Foreign Ministry.