Ten candidates have declared their candidacy for Somali President. 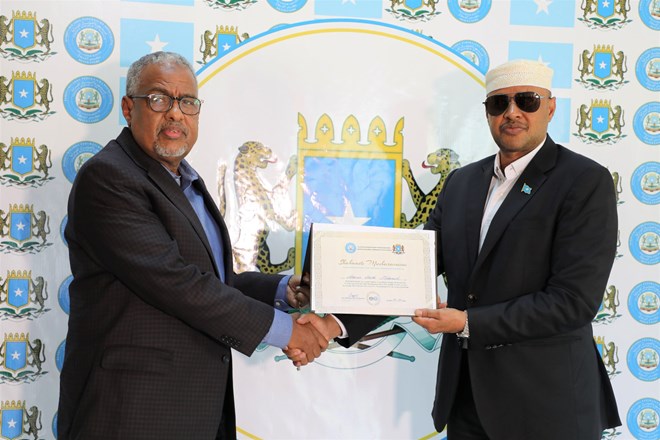 On Sunday, the joint parliamentary committee in charge of organizing the presidential election registered ten candidates for the Federal Republic of Somalia’s tenth president.

On May 15, Somalia’s long-awaited presidential election will take place in Mogadishu’s airport hunger.

On May 6, the Hirshabelle regional state governments became the last state to conclude the Lower House election; however, the new leadership of the Lower House of Somali parliament certified the 16 MPs elected in the El-Wak district in the Gedo region.

The Lower House speakers said in a statement on Sunday that they reached the decision after seeing that the members of parliament elected in Elwak had gone through all the election procedures.

They added that the Jubbaland president presided over the election in Elwak, that the Federal Indirect Election Implementation Team (FIEIT) validated the elected parliamentarians, and that the prime minister Mohamed Hussein Roble, who was in charge of the country’s indirect elections in 2021/2022, had backed them up.