The 30-km-deep security corridor will ‘definitely’ be finished, the Turkish president declares. 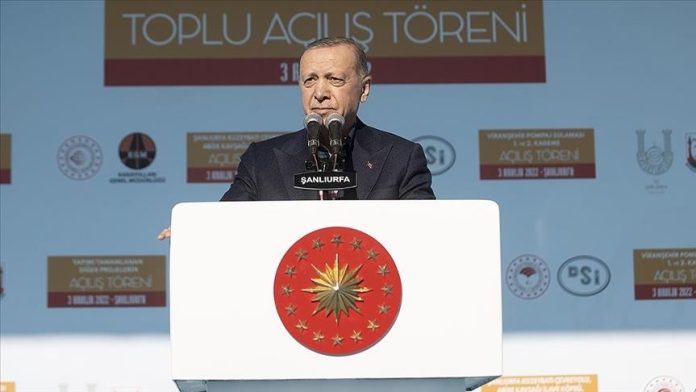 Turkey will finish building the 30-kilometer-deep (18.6-mile) security belt along its southern border, according to President Recep Tayyip Erdogan on Saturday.

At a gathering in the southern province of Sanliurfa, Erdogan declared that the nation will not be deterred from its steadfast commitment to safeguarding its southern border by attacks.

Attacks won’t weaken our resolve, he said. “We will definitely finish the 30-kilometer-deep security corridor that we are establishing along our southern borders.”

To stop the creation of a terror corridor and promote the peaceful settling of inhabitants, Turkey has launched three effective counterterrorism operations across its border in northern Syria since 2016: Euphrates Shield (2016), Olive Branch (2018), and Peace Spring (2019).

Turkey, the European Union, and other parties have designated the PKK as a terrorist organization.