The Australian prime minister has hinted at Chinese meddling in next elections. 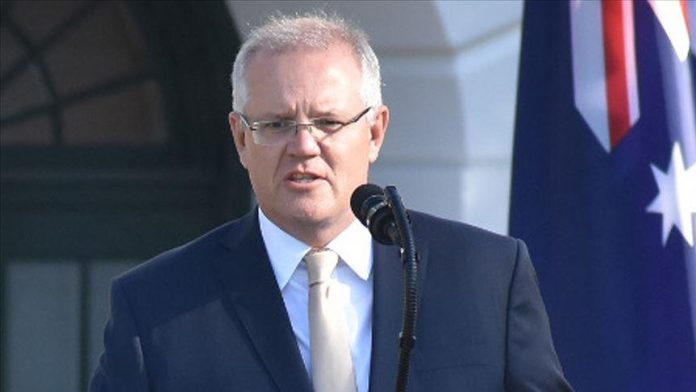 According to local station SBS News, Morrison told reporters in Tasmania, “We are quite mindful of the effect the Chinese government intends to have in this country.”

His comments came after Karen Andrews, the Minister of Home Affairs, warned of “political influence” in the May 21 elections, citing a recent security agreement between China and the Solomon Islands as one example.

Andrews questioned the timing of the arrangement, which was initially revealed last month and has since been verified by both governments, and has sparked outrage in the United States, Australia, New Zealand, and Japan.

“Why now, why right in the middle of a federal election campaign is all of this coming to light?” she said.

“I mean we talk about political interference and that has many forms. So, I think we need to be aware of what Beijing is doing and what it is trying to achieve.”

The China-Solomon Islands pact was denounced by Labor as a “national security failure” by Morrison’s administration, and it has become a significant campaign issue for the party.

When asked explicitly if he believes the security agreement is a Chinese attempt to sway the election, Morrison said there’s a reason Australia has rules in place to prevent foreign meddling.

“We put that in there to ensure that Australians’ security could be preserved from foreign influence in our own country,” he added, referring to changes to the country’s national security statute that his administration made in 2018.The amendments criminalize “covert and deceptive activities of foreign actors that intend to interfere with Australia’s institutions of democracy, or support the intelligence activities of a foreign government.”

The Solomon Islands and China have repeatedly dismissed concerns over their bilateral pact, with Beijing insisting that it “does not target any third country.”

Solomon Islands Prime Minister Manasseh Sogavare has termed the objections “insulting” and stressed that his government will keep honoring its security arrangements with Australia and other regional partners.

Speaking in parliament on Friday, he pointed out that the Solomon Islands was left completely out of the loop when the US, UK and Australia signed the AUKUS security pact last year.

“I learnt of the AUKUS treaty in the media … We did not become theatrical or hysterical about the implications this would have for us. We respected Australia’s decision,” he added.