The biggest market in Mogadishu is on fire. 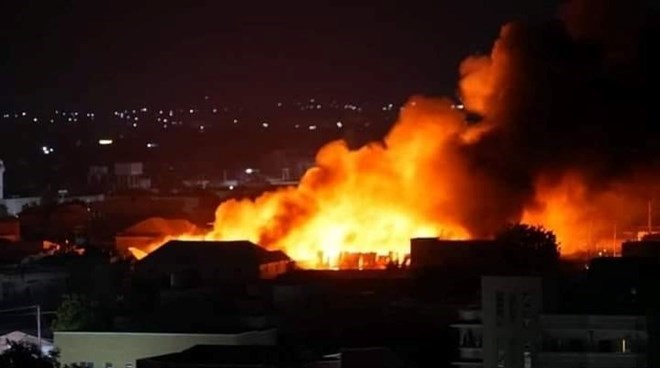 A fire consumed Mogadishu’s main market, destroying a part of it.

According to eyewitnesses, the fire started in the kitchenware department but quickly moved to the gold, honey, and tailors sectors.

The fire was contained by firefighters from the Banadir local administration and private organizations, forcing hundreds of people to escape the market.

The source of the fire is unknown, although market traders believe it was caused by an electrical problem in a restaurant.

Major Mahdi, Commander of the General Division of the Banadir Regional Police, led a patrol of the Bakara market on Saturday night to prevent looting, which occurs at any time of such situations in the marketplaces.