The death toll from China’s earthquake has risen to 82 as rescue efforts continue. 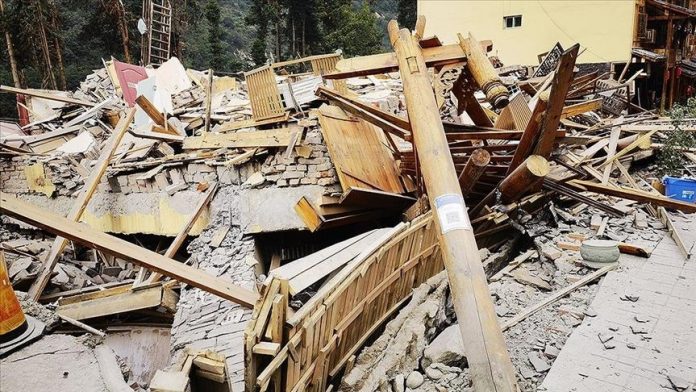 Thousands of rescuers are working to reach isolated villages and neighbourhoods in China, as the death toll from a powerful earthquake rose to 82 on Thursday.

Drones, satellites, and helicopters were used by Chinese authorities to establish a “life channel” to reach isolated areas in southwestern Sichuan province, which was hit by a 6.8-magnitude earthquake on Monday.

According to the most recent data released by the Chinese daily Global Times, the death toll in the earthquake-ravaged Garze Tibetan Autonomous Region of Sichuan has risen to 82. More than 250 people were injured.

An intensive search is underway to locate the missing residents.

According to the China Earthquake Networks Center, the quake struck Luding county in the Garze Tibetan Autonomous region on Monday afternoon at a depth of 16 kilometres (9 miles). It is the deadliest since the 2008 earthquake, which killed thousands of people. In 2017, another powerful earthquake struck the same province, killing 25 people.

Over 10,000 rescuers, including soldiers, police, firefighters, and medical personnel, are involved in rescue and relief operations, which are supported by nine helicopters.

Authorities in China used at least ten satellites to locate people in remote areas, while over 50,000 others were relocated to safer areas.