The facts of the events of 1915 were twisted by the US president: Azerbaijan 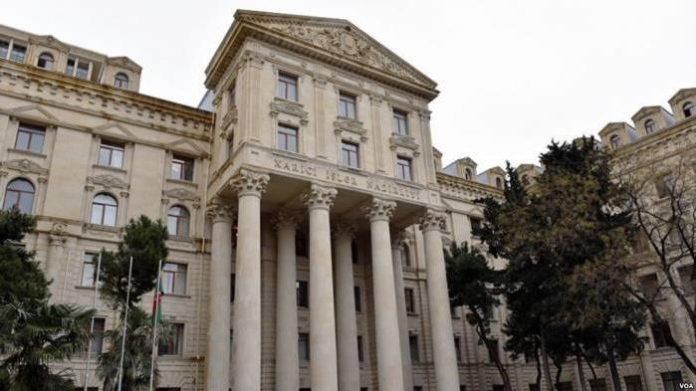 “Attempts to politicize the so-called ‘Armenian genocide’ by misrepresenting events that occurred a century ago are unacceptable,” the ministry said in a statement.

It went on to say that the US president’s statement contradicted the talks aimed at normalizing relations between Turkiye and Armenia.

“Historians, not politicians, should study the events of 1915. It stated that “attempts to fabricate history and use it for political pressure are impermissible.”

Turkiye likewise rejected and criticised Biden’s views about the events of 1915 on Sunday.

Turkiye’s position on the 1915 events remains that the death of Armenians in eastern Anatolia took place when some sided with invading Russians and revolted against Ottoman forces.

Turkiye objects to presenting the 1915 events as a “genocide,” describing them as a tragedy in which both Turks and Armenians suffered casualties.

Ankara has repeatedly proposed the creation of a joint commission of historians from Turkiye and Armenia under the supervision of international experts to examine the issue.