The governor of Mudug accuses the federal foreign minister for the Galkayo incident. 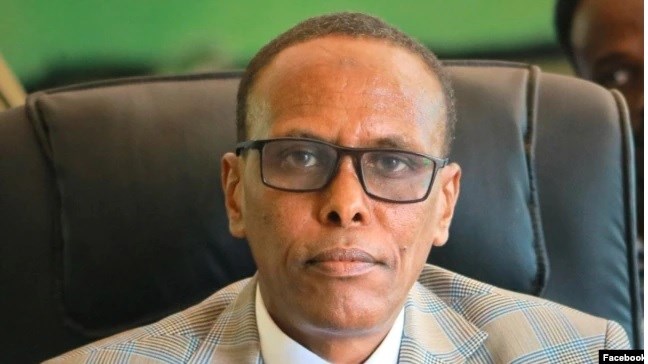 Mudug Governor Abdilatif Muse Nur Sanyare has blamed Somalia’s Foreign Minister Abdisaid Muse for the altercation in Galkayo, which resulted in the death of one soldier and the serious injury of three others, including traditional elder and politician Nabaddon Yasin Abdisamad.

The Mudug region’s Deputy Police Chief was also reportedly injured in the altercation.

Sanyare claimed that the foreign minister had arrived in Galkayo to destabilize the region’s public order.

Foreign Minister Abdisaid Musa Ali claimed that he was visiting the home of Nabadon Yasin Abdisamad for an iftar dinner when his group was shot upon without warning.

“Towards the end of our dinner, technical vehicles equipped with DShK weaponry were dispatched to assault us on the orders of Mudug Police Commander Mumin.” We were put under a lot of stress.

The minister added that he condemned the use of violence as a political tool and vowed to hold those responsible to account.

Governor Abdilatif Muse Nur Sanyare is a member of the 11th Parliament, having been elected to HOP199 on March 18.

The clash comes as Puntland Vice President Ahmed Elmi Osman Karaash has announced that he has taken over as President of Puntland, following Said Abdullahi Deni’s arrival in Mogadishu to vie for the Presidency of the Somali Republic.