The Indian President accepts credentials from the Somali envoy. 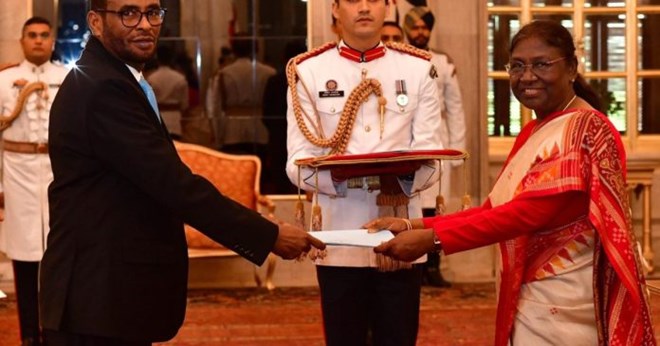 Ambassador Dahir emphasized the importance of strengthening bilateral ties between the governments of Somalia and India.