The Launch of Somali Magazine 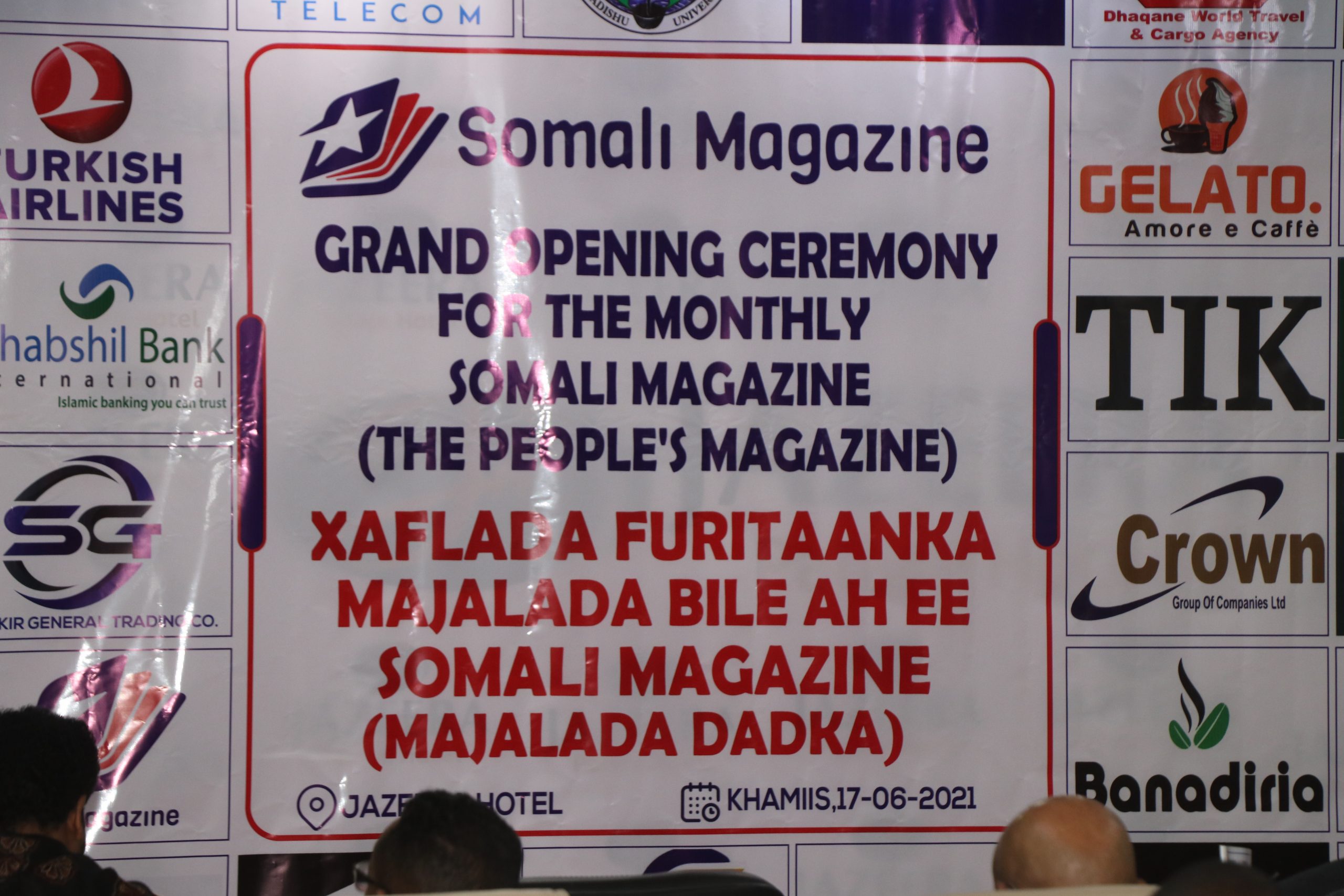 On the 17th June, 2021, Somali magazine held the launch of its first print magazine in a colorful event that was attended by public officers, ambassadors, Business representatives, International non government representatives, professionals and academician. The launch took place at the famous Jazeera Palace Hotel a popular hangout for city corporate and foreign dignitaries.

Somali Magazine monthly variety magazine, published in Mogadishu. Somali Magazine an online polls and ranking platform famously know for the “100 Most Influential Somali People” and the “Person of the year” the idea initially was to introduce a medium that would focus on Somalia to inspire the Somali population about the potential that lies in their country and to terminate the negative bias negative information about Somalia in a systematic, concise, and well-organized manner through publication current events, business, lifestyle, development and innovations in Somalia and Somali communities in the rest of the world.

With Ridwan as Chief Executive Officer and Business Manager and Abasi as the editor, they brought out the first issue on 10th June, 2021. Somali Magazine has now became standard for most other general newsletter, consisting of dozens of short articles tersely summarizing information on subjects of importance and general interest and arranged in “departments” covering such fields as national and international affairs, business, education, science, medicine, law, religion, sports, Life style, books, and the arts.

Somali Magazine has attained a circulation of more than 20,000 within a month, and it has become the most influential newsmagazine in Somalia.

The magazine has set off a lot of reactions from the Somali community. So far all the remarks coming out from prominent individuals, public officers, businessmen, and people from Somali communities are positive.

The IGAD Ambassador, H.E. Jamal Ahmed Ibrahim now a presidential aspirant also hailed it as among the greatest achievements by Somalis, Somalis that will yield a positive impact on the community for an everlasting period of time. He said, “It’s quite an inspiration for all Somalia that we can mold our country and community to the ideal civilized standard if we all dedicate our utmost effort. He commended the CEO, Mr. Ridwaan Yusuf, for a visionary venture.

Prominent Professionals, Business Managers also attended and greatly commended the launch as a special day in the recovery and development of Somalia