The leader of the coup in Burkina Faso has been named interim president. 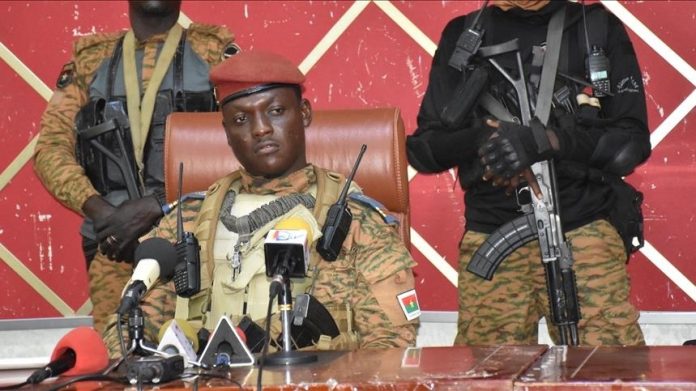 Two weeks after orchestrating the country’s second coup in as many months, Capt. Ibrahim Traore was approved as the interim president at a national meeting in Burkina Faso on Friday.

In order to discuss strategies for guiding the country back toward democratic rule, about 300 delegates, including representatives from the army and police, traditional and religious organisations, civil society, trade unions, and political parties, gathered in Ouagadougou, the nation’s capital.

According to the transitional charter, Traore will be in charge until the July 2024 elections.

Last month, Lt. Col. Paul-Henri Sandaogo Damiba, who had seized control in January, was overthrown by Traore, 34, and a group of enraged soldiers.

After Traore was elected president under a “fundamental act” passed by the junta group identifying itself as the Patriotic Movement for Safeguarding and Restoration, his appointment was widely anticipated (MPSR).

Before he was chosen, protesters gathered in Ouagadougou to denounce rumours that senior army officers planned to ignore Traore.

After Traore returned from the UN’s MINUSMA peacekeeping mission in neighbouring Mali in 2018, he was given the rank of captain.

Traore joined the MPSR following the January coup that led to the overthrow of President Roch Marc Christian Kabore.

The transitional charter was also discussed at the national forum.

An insurgency that originated in Mali has been a persistent threat to Burkina Faso for the past ten years.

Kabore and Damiba were charged with failing to address the rising threat of insecurity posed by terrorist organisations in some areas of the nation.

As of August 31st, official statistics show that violent insecurity had forced more than 1.5 million people to flee their homes.