The National Drought Committee is established by PM Barre to address starvation. 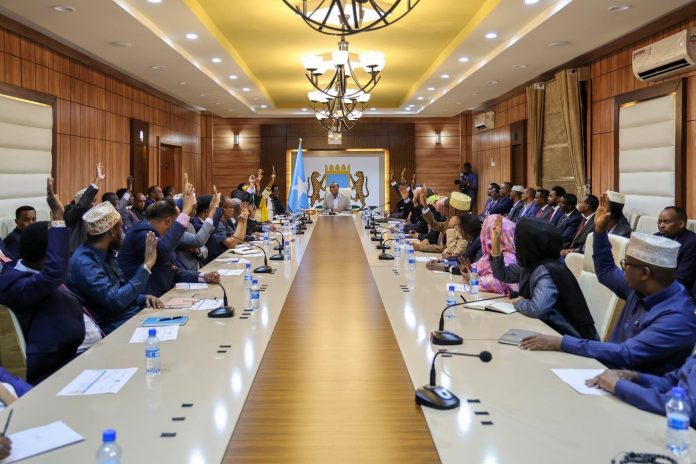 In order to establish a national drought committee to oversee famine relief efforts in Somalia, the prime minister of Somalia presided over a special cabinet meeting on Wednesday.

The prime minister reactivated the National Disaster Management Agency and created a committee made up of cabinet ministers, business executives, members of civil society organizations, and academics who would collaborate with national and international agencies.

The prime minister appealed to all Somalis worldwide to contribute to averting the crisis.

The crisis, which is being described as the worst drought Somalia has experienced in 40 years, has resulted in the displacement of over 1 million people.

The National Drought Committee will include: